Plate tectonics is the grand unifying theory in geology. It gets that title because many topics in geology can be explained, in some way, by the movement of tectonic plates. Tectonic plates are composed of Earth’s crust and the uppermost, rigid portion of the mantle. Together they are called the . Earth’s crust comes in 2 “flavors”: oceanic and continental (Table 1.1).

The foundations of plate tectonics began with a German scientist named Alfred Wegener, who proposed the idea of in 1915. Think about it, 1915. What kind of evidence could someone possibly have to propose such a big idea? It turns out that Wegener had 4 pieces of evidence that he claimed supported his idea: 1) The continents looked like they fit together like pieces of a puzzle; 2) There were matching fossils on continents that were separated by oceans; 3) There were matching mountain ranges on continents that were separated by oceans; 4) There was evidence that suggested that in the past some continents were closer to the polar regions and some were close to the equator. Wegener took his idea one step further and proposed that all of the continents were together in one giant supercontinent 200 million years ago called . Like many great ideas in science, Wegener’s idea of continental drift was not accepted by his peers, in part because he did not have a well-developed hypothesis to explain what was causing the continents to drift. It wasn’t until the 1960’s that his idea was expanded upon by scientists like Harry Hess.

When Alfred Wegener came up with his continental drift hypothesis in the early 1900s, he used several lines of evidence to support his idea. He also proposed that 200 million years ago, all continents were together in a single supercontinent called Pangea. In this exercise, you will use the fit of the continents and matching fossil evidence to piece together Pangea. This exercise is adapted from “This Dynamic Planet” by the USGS.

Earthquake locations can tell you more about an area than what type of plate boundary is there. For example, in subduction zones, most earthquakes occur along the boundary between the subducting slab and the overriding slab. The angle of subduction is not always constant and can vary from one boundary to the next and can even vary along the same boundary. When a plate subducts at a low angle, it is called flat-slab subduction. The effects of flat-slab subduction are many, including shallower earthquakes, uplifting of mountains, and the location and activity of volcanoes.

The Western margin of South America is a tectonically active region where the Nazca Plate subducts under the South American Plate (Figure 1.7), creating the Andes Mountains. Even though the entire coast is part of the same subduction zone, the subduction process doesn’t look the same throughout. Tables 1.3 and 1.4 contain earthquake data from two different locations of the subduction zone, one from central Chile and another near the Chile-Peru border. The location data are the distance each earthquake was from the and how deep within the Earth it was.

Geologists can observe most of the processes occurring at plate tectonic boundaries today (earthquakes, volcanoes, mountain building, etc.). However, understanding the plate tectonic activity of the geologic past is more difficult because the events have already happened. Hence, geologists use processes that occur in the present to interpret processes that occurred in the past. This is known as . One way geologists can interpret ancient plate tectonic activity is to look at the topography of an area. Topography is the study of shapes and features of the land surface. When studying features on the seafloor, the topography is instead referred to as bathymetry because this data is referencing how deep a feature is. There are numerous ways of looking at the topography of Earth’s surface, including satellite imagery, topographic maps, shaded relief maps, and digital elevation models.

Below are five topographic profiles showing different plate boundary configurations. A topographic profile is a graph that shows elevation changes as you walk from one point on the Earth to another. These are all made with vertical exaggeration (length/elevation) of 50:1. This overemphasizes the changes in topography. In all of these profiles, the 0 value on the vertical axis is at sea level.

Geologists can use topography to get a broad sense of the tectonic history of an area. Generally speaking, plate tectonic activity tends to produce elevation changes at or near the plate boundary, especially in convergent settings. The collision of two plates leads to ; the two plates become one when the collision ends. Evidence of these ancient boundaries is most commonly in the form of linear mountain belts that are not currently near a plate tectonic boundary. For example, an eroded, linear mountain belt in the middle of a continent would indicate that area was part of a convergent boundary deep in the geologic past and likely a continent-continent collision. The Ural Mountains in Russia fit this description (Figure 1.8). They formed during an 240 to 300 million years ago and now serve as the boundary between Europe and Asia.

When most people think about tectonic plate boundaries, they often visualize parallel, symmetric lines separating the plates. This is not always the case in the real world as many plate boundaries are curved or segmented; this is because Earth is a sphere. Think about this: if you had a ball and tried to wrap it with a flat sheet of paper, would the paper wrap around it perfectly smooth? The answer is no; the paper will want to fold in some places and tear in other places. The tectonic plates behave similarly to the paper. Of course, other factors affect the shape of a boundary. Evidence of these plate boundaries is also contained in the topography of continents because not all mountain belts are straight lines.

As tectonic plates move, they ride over stationary “” of heat from the . Hotspots are still a poorly understood geologic phenomenon, but they allow extremely hot mantle material to rise close to the surface. Hotspots are marked by volcanoes, which come from melting of the mantle and crust directly above a hotspot. If they occur under oceanic crust, they produce basalts. On the other hand, if they are under continental crust, they form both basalts and rhyolites, often called bimodal volcanism. Under North America, there are two hotspots: The Yellowstone hotspot, which is currently under Yellowstone National Park in Wyoming and Montana, and the Anahim hotspot in central British Columbia, Canada. As the North American Plate moves over these hotspots, calderas form from volcanic activity; one of the largest volcanic eruptions ever occurred when the Gray’s Landing volcanics erupted 8.72 million years ago above the Yellowstone hotspot. One of the controversies is whether the hot spot is still capable of supereruptions or whether the volume of eruptive material is waning.

Use Figure 1.12 to answer the following questions about North American hotspots. 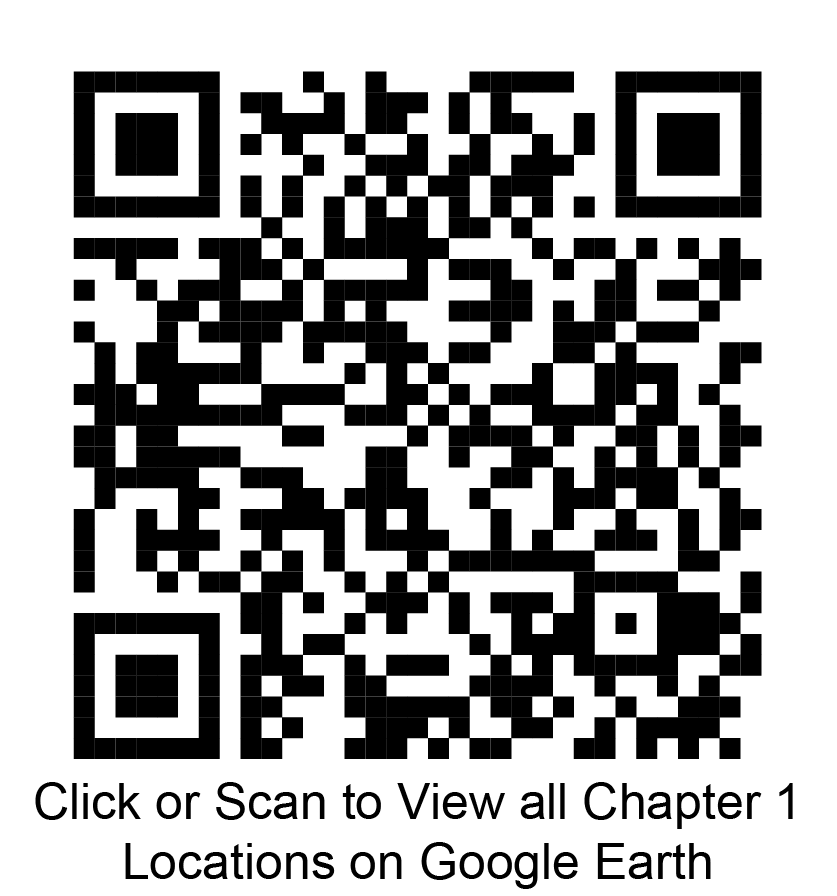 the uppermost layer of the Earth as defined by physical properties. It is composed of the crust and uppermost, rigid part of the mantle.

a plate boundary where two plates move towards each other

the climate during some past geological time

a process that occurs at convergent plate boundaries where one plate descends beneath another into Earth's mantle.

an aligned group of mountain ranges that form from the same cause, usually an orogeny or convergent plate boundary

a topographic depression of the sea floor, relatively narrow in width, but very long usually associated with convergent plate boundaries

the theory that the same natural laws and processes that operate in our present-day scientific observations have always operated in the universe in the past and apply everywhere in the universe. It is sometimes referenced as "The present is the key to the past".

the zone where two continental plates meet during convergence

a mountain-building event typically resulting from a convergent tectonic boundary